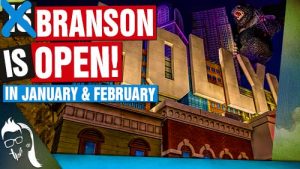 John and Amy give you a tour of Branson in the off season. Branson, Missouri is very much OPEN during the winter months. January and February could be great times to visit!

They cover attractions, shopping, downtown, Branson Landing, shows and much more including: